Training your pup starts at 6 months?

When I was first starting to learn how to train dogs, one common thread was that we let them be puppies until they are 6 months old and then training starts!

Now that was 30 odd years ago but the scary thing is that people still are being told that. I’m not sure why but I will take a good guess.

Most dog training until the last 10 – 15 years was carried out through using leash corrections to compel the dog to do something or stop doing something. This was successful enough at the time and arguably produced some well trained dogs that worked nicely.

Given the nature of the training and that it involved delivering corrections commonly through a check chain, I believe that people felt that it would not be wise to be jerking a puppy around on a check chain (thankfully).

So, it seemed that it was wise to wait until you could use a check chain and the common age was about 6 months. 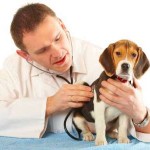 Now as I said some time has past (30 years) and the knowledge we have about dogs these days is quite substantial, substantially good and sustainably bad, but substantial all the same. Also keep in mind that a “Dog Behaviourist” when I was a kid didn’t exist in the form we do today, but instead was a Scientist in a Laboratory conducting experiments. Now, everybody is a behaviourist lol…

These days we have many more options to train dogs in different methods and there are loads that are based on totally instinctive training styles, styles that reward the dog for good choices, that build strong reward history in a dog and this allows us to utilise the dogs desire for the reward to teach, train, motivate and proof even very young dogs with very low risk of creating problems through the avoidance of pain or pressure.

These options that grow every day in the dog training world have allowed me to teach younger and younger dogs to understand what we desire from them and how they can earn their rewards.

I have imprinted the scent of narcotics on dogs as young as 3 days old, so that when they progress to their career as a Detection Dog, they are right across the target odour range. Now I don’t mean that we got the puppy stoned, I mean the pseudo scent was in the vicinity that the dogs were being fed from the mother.

When the puppies were 8 weeks old they could locate this scent in a basic find, this is light years ahead of starting at 6 months! Some Medical Assistance Dogs are being exposed to odours and chemicals that are released by the human body when the body is going into a state in which it will need assistance.

This will sound awesome to some reading this but don’t let me convince you that this is something new, because it’s not. It is out there and has been happening for a long time but it’s not mainstream and it is really not in the pet dog world.

There is no reason why not though, here is a snap lock bag that is marked “Alis”. This was sent to me as were others from the people that are going to take my “A” Litter puppies. The request

from me is to send me a T shirt that you have just been working in, sweaty and unwashed, yuck right?. No, it is imprinted with their scent and these hang in the whelping room.

They are taken out every day and I rub the puppy with the shirt and play tug. The t shirt goes into the puppies crate when it is being crate trained and the t shirt will go to the owner when the puppy does.

I have been advising people I help get a puppy to do this for must be 15 plus years now. These are puppies being taught something at 25 – 30 days old that they will know their whole lives, their persons scent.

If you have been following our videos and blog releases we do loads with our puppies before they leave us, but why should it stop there? The real answer is it shouldn’t!

Of course you won’t place a check chain on your 8 week old puppy and see how much physical and psychological damage you can do, but puppies respond incredibly well to clicker training, training in drive and most other reward based training as long as the sessions are kept short.

Now short means under a couple of minutes, not under an hour!

People say “Puppies are sponges”, I disagree and this is why. If you pour water on the floor and put a sponge 2 metres away, they will not meet. Puppies are MAGNETS, they will suck in information, good and bad from every single thing they see, hear, smell and taste.

This means if you aren’t providing this stage, the world is. Leave your puppy to its own devices until its 6 months and it will need rehabilitation! We call young dogs that come to us at this age and are starting to rough play, be aggressive or be defiant as needing “early intervention“.

The training options for these dogs become less when they are full of undesirable self rewarding behaviours like the basic chewing or digging right through to chasing down animals or aggressive behaviours.

These dogs don’t know any different, so why would they behave different? 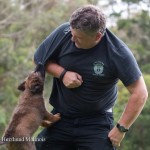 There is a huge demand for people who can extinguish undesirable behaviours in dogs (behaviourists) and this is due to people taking a reactive stance on training their dogs. The dogs develop bad habits because the dog has not been taught any “target” behaviours” that ARE desirable. The dog does something when it’s a puppy and its cute, it does it twenty thousand times and now that it is grown up, the owners hate it.

The only thing the dog has done is grow bigger.

Sure, do let your puppy be a puppy, but don’t reward behaviours or let them occur repeatedly if you don’t want your adult dog doing them constantly.

Walk briskly away from people that tell you that your dog can’t be trained until its older, remember magnets attract lots of metal pieces, pieces you want and pieces you don’t!

Run from people that will punish your puppy, hurt it or scare it.

I have a puppy program that we call the “16 week challenge“. There are over 150 elements of this program and the program will ideally run from the puppy turning 8 weeks of age through until the puppy is 16 weeks of age. 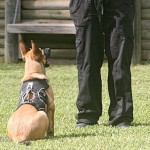 This is an 8 week program, the puppies will learn 75 new things per month, that is nearly 3 new things per day! This isn’t a course that is gruelling, my 2 year old Belgian Malinois Venom was finished learning all these skills before he was 14 weeks old.

How can I convince you? Puppies are smart, they are blank canvases, they are magnets, they want to learn, they have a thirst for knowledge, or I can put it this way, they NEED you to teach them now.

Here are FIVE tips to help you, no matter where you are reading from, anywhere in the world!

Many people read the story of Mac, something I will share with you is that, Mac really only knew how to do three things. Come, sit and stay… Look at how his owner felt about him with just these basic exercises.

Maybe you are getting a puppy next week, maybe you got one last week, maybe you know someone who is getting one or has got a new puppy, maybe you are a trainer who has been banging your head against the wall trying to tell people this. Whoever you are, SHARE this article, argue with it or  promote it but let people know that there are options other than to let their dog get out of control and try and reel it in sometime later.

Have fun with your puppy 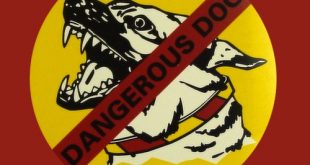 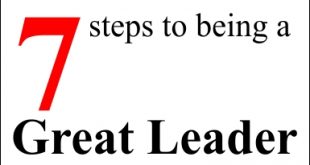