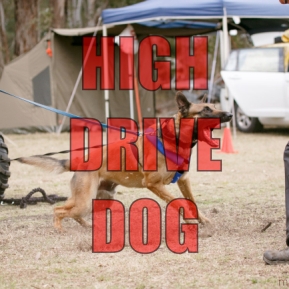 Don’t get a high drive dog, or do?

I was thinking about many clients that come to see me with dogs that are behaving badly.

The term “drive” can be misunderstood by many to mean many things, and those things may all be true but leave us still wondering what a high drive dog is.

In one simplistic explanation, I may refer to drive or high drive as a high level of desire for something.

When we talk about prey drive, we might see this expressed in a dog that chases something.

Instinctively, this may be a smaller animal the dog considers prey and the desire is to chase, capture and enjoy the prey kill and perhaps consume it.

This natural and normal behaviour can be one if the biggest reasons that dogs get into trouble.

Things like chasing cats, small dogs, children, people on bikes, cars, possums, bin wheels, mop, vacuum etc may all be targeted in prey drive, but the choice of target is undesirable.

But consider a few things here about Prey drive, for example

1. Prey drive is a natural and normal instinctive behaviour in all dogs.

2. Some dogs have lower thresholds to prey drive, meaning they get involved at lower levels of stimulation.

3. Some dogs have more drive than others.

4. Drive will not go away because you have no use for it, it will be channeled in to something, somehow, somewhere.

5. You can not punish it out of your dog or manage it out.

Drive is not the problem, what triggers your dogs drive is.

Most if not all very high performance dogs are highly driven.

Drive can be used to motivate the dog to higher levels, allowing stronger, longer and more engaged performances.

But when people have a high drive dog that is out of control, in retrospect this means that they did not channel this when the dog was young and also the dog is not effectively socialised.

See this article (http://k9protraining.com.au/2013/02/13/socialisation-what-is-it-exactly/) to understand more what I mean by “effective”.

Breaking this down even further, effective socialisation ideally would see your high prey drive dog understand that other dogs, small, big, fast and slow are not prey animals, but rather are just dogs.

The same would be said for cats, birds, kids on bikes and many other things that dogs chase in appropriately.

This just does not apply to prey drive, but defence and pack drive too.

Dogs that display unwanted aggression towards people for example may have a high defence drive that is a genetic trait for their breed or their lines.

Just as with prey drive, puppies should be exposed, and values set to people that through exposure and reinforcement do not portray people as threats and therefore do not display aggression to strangers etc.

The problem I see most often is that people with dogs that are displaying problematic behaviours such as aggression to other dogs or people, inappropriate predatory behaviour, defensive behaviour or separation issues in most cases created these problems through lack of effective socialisation or lack of balance in the socialisation periods.

So many German shepherds that come to see me for dog aggression issues were given a lot of exposure in dog parks playing with other dogs.

This play becomes an addiction.

One that requires more and more interaction to satisfy, like any chemical addiction.

Owners often begin to see that interactions are becoming rough, often violent and aggressive so now reduce the access their dog has to other dogs and play.

This turns into frustration on leash and this pushes prey drive through the roof and into predatory aggression.

A dog that sees other dogs as prey and is highly motivated to chase, get to, capture and possess before the owner takes them away.

A dog that is overly defensive or has a high defence drive, will trigger into aggression more easily and seek to drive off the defence trigger.

What does this all mean?

Well, it means that if you choose to get a high drive dog, then you should educate this dog to understand the environment that he or she will live in and what should be a trigger to drive and what should not.

This when your dog is a puppy is done through controlled exposure, or “socialisation”. It is not done through high levels of play with other dogs.

When you have an older dog, that already has a value for certain types of prey that is undesirable, you will need to complete some behaviour modification so that the dog looks at that animal as a more passive being rather than an active prey stimulus.

I hear people tell me that they let their dogs have a lot of unregulated play at the dog park and that if it becomes a problem, they will stop it.

It is not that simple, once addicted simply stopping isn’t a solution, it is a problem.

If you play tug you will get too much prey drive!

Nope, you will get controlled prey drive that is satisfied through engagement with you not other animals or people.

We can certainly teach you that.

Giving a high drive dog no access to prey forces them to find prey where they can find it.

What about nervous and or fearful dogs?

Lets start with puppies like this, sometimes this trait can be genetic and if it is the parents should not be bred again so that dogs with a fearful temperament will not reproduce these traits.

Other times the breeder has not been able to give the litter much exposure to new people and environments,  so you want to start this right away as soon as you get the puppy at 8 weeks.

Do not wait until vaccinations are complete, the risk with this nervous puppy is more likely the fact that the puppy needs controlled exposure with reinforcement around people, dogs traffic etc.

Waiting until the puppy is 16 weeks is TOO LATE to start.

When nervous and fearful puppies have not had enough effective socialisation, they will likely grow up and start to display either fight, flight or freeze type behaviours around things that they fear.

When on leash they have little flight option and freeze is usually presented when a dog is trying to decide between fight and flight.

When you have a mature or even adolescent dog displaying defence aggression, you will need to avoid other dogs until you can develop some alternative behaviours the dog can display which both provide the reward of remaining safe and also another reinforced reward.

This is not easy to do, believe me we do this every day with dogs and it takes a lot of experience and practice to be in control of every session.

Avoid it when you can by starting young.

The dog in the above video at some stage was fearful of being approached by strangers.

He WAS NOT abused, he IS very much loved, he WAS socialised but he was sensitive I guess and social experiences were good, but not good enough.

He was likely a little uncomfortable and at some stage experimented with aggression, and, it worked.

By the time we saw him, he had bitten a few times and had developed quite a lot of confidence in the aggressive behaviour, as you can see.

But with a little bit of precise work, I was able to remain the same person to him but elicit a different behaviour.

The key of true behaviour modification is to have the dog offer a different behaviour when seeing the same trigger.

Dogs like this will need ongoing direction, support, management and training, it is a much easier life avoiding these problems than trying to resolve them.

If you are getting a puppy, have a serious think about what drive levels the breed and the lines your looking at have.

If you choose a high drive puppy get some help to get the pup right in the first year of his or her life and you will likely never have problems, but if that first year goes wrong, you may have problems you can’t control.

We can structure training from 8 weeks to get the puppy heading in the right direction in terms of training, behaviour and management.

We can assess your young or adolescent dog that has problem behaviours and help you begin to solve them.

We can take your totally out of control dog into our board and rehab program and work on him or her for you so that when he or she comes home, you will be able to keep working with him or her.

There is help available, we breed, own and train our own, very high drive dogs to behave well in all situations, we can help you work on your dog as we have actual experience with these dogs.

They can either be the best dog you will ever own or the worst, the difference is you, the work you put in and the help you get.

Steve Courtney is a Nationally Accredited Canine Behaviour Specialist, Obedience Trainer, Law Enforcement Dog Trainer and ANKC Breeder. Steve has been training dogs all his life and in these articles he shares with you his experience...
Previous Dogs that cannot be boarded
Next Preparing your dog for a disaster 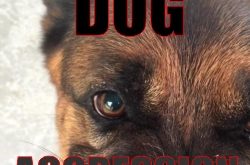 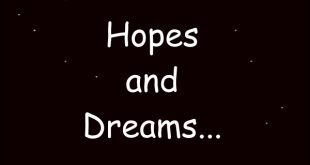 We had a dog come into our board and rehab program a little while ago, …