A week doesn’t pass where I meet people that share a “dog training superstition” with me, the funny thing is, never ever are any of them remotely true but they still have super powers to ward people off training certain things or not training other things. 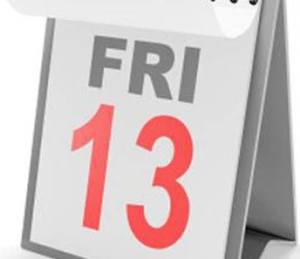 The word Superstition often conjures up fear or avoidance in people, specially those who grew up with parents who believed in them. Superstitions are a pretty old belief system that have been haunting the human race since the start of time.

Whilst many people claim that they do not believe in Superstitions, they will actively avoid doing the things the superstition warns of. Would you break a mirror? Seven years bad luck is quite a risk to take!

How about walk under a ladder or Friday the 13th? The Black Cat is another one but those who own black cats have crossed paths with them many times and live to tell the truth.

It goes without saying the Superstitions are more of an irrational or emotional belief than a factual one, but are Dog Training Superstitions really any different?

Theses days, developing drive in show dogs is becoming more and more popular so that they present better, are more confident and more focused in the ring, so whilst I always have worked with many show dogs trying to improve behaviour problems, more these days are coming to get access to my Training in Drive System. It is almost impossible to go even one of these lessons without me hearing “oh we can’t teach him to sit because he is a show dog, and if we teach him to sit, he will only sit in the ring“

I find it strange that people think that teaching one behaviour means you will only get that one behaviour. I said to a guy just this week who brought me a show dog that was showing aggression to other dogs on a walk “just teach him to sit then, apparently that will cease all other behaviours!“

Just in case someone reading this does not know, in almost all Obedience competitions, there is usually some static / standing behaviour, be it stand for exam or similar, so why don’t obedience dogs just sit all the time? I feel the reason that this particular dog training superstition developed was because of the training styles used years ago.

Let me give you an example:

To teach a dog to sit, one may have pulled up on the check chain and push down on the butt to get the dog to sit. Now although you wanted the dog to sit on the verbal cue “sit“, your dog took more guidance from the lifting of the leash and this became a physical cue for the sit behaviour.

Then you would go into a show ring and when the handler lifted the leash to present their dog, the dog would sit!

So was this problem created by teaching the sit, or was it created by the type of cue or signal given? I am thinking the latter because I don’t teach performance dogs to sit by lifting the leash/collar, I shape the sit, and then I pair a verbal cue to the action and then my dog sits only when I say sit, even if you pulled up on the collar!

Another one I hear that can be a real problem is that, “I show my German Shepherd in Specialty so I can’t stop him pulling on the leash…“

Q: How often do you intend to show the dog?

I would then wonder, why would you put up with a pulling dog thirty days a month just to get the dog to pull one day a month?

Just like the sit command above, it has more to do with the cue than the overall behaviour.

If I walk out to my dog (my dog is a Working Line Belgian Malinois) and I attach a leash to his flat collar and say “slow”, he will alter his emotional state from high drive to relaxed and walk along next to me. I have some pretty good video of him doing this off leash through town here.

I can change his emotional state and where he feels reward will come from verbally, so I sure can get him to pull on a leash or walk nicely on it another time.

This is a really important point because, dogs that pull on leash are more likely to be: –

The above are not Dog Training Superstitions, but real hard facts. Now if people are allowing their dogs to pull on leash because they think or have been told that it will stop their dogs pulling in the ring, this might be a good time to revisit that Dog Training Superstition and either reduce the undesirable behaviours that are arising out of pulling or avoid them before they arrive.

Pulling on leash happens due to an instinctual phenomenon called “opposition reflex”, the inherent nature to push or pull against and opposing force. When I need to develop or increase drive I will often use opposition reflex to increase drive through frustration, this may be by (but not limited to) back tying the dog and presenting a toy or even food just outside of the dogs reach. Or perhaps through a program called “The Restrained Recall” where the dog is held back from the handler and then released when drive is peaked.

So the very same thing happens when your dog is straining on the leash down the street and a dog comes around the corner, drive is peaked via opposition reflex and boom, out comes a flurry of barking and lunging.

You know, I have been known to, in some cases, let these seemingly super aggressive dogs go at mine in this situation, only to find that they take only a few steps towards my dog and then become submissive. Now I don’t recommend you try this because I may just be able to read dogs better than some of you, but know it happens.

I even see many clients who have dogs that are fine in an off leash park but instantly aggressive on leash. Makes no sense to some but remember, when off leash they can run (read flight options). when on leash they cannot and they are heavily reminded of this restriction by that very tight leash.

Some other Dog Training Superstitions it might be time to question are: –

My Breed can’t do it

Whilst there are some physical limitations with some breeds, you might like to re investigate this one. I have trained Huskies to recall, Beagles to focus and Labradors to ignore food, I bet you can too 🙂

Do not take your puppy out until he or she has all their vaccinations!

Whilst there may be some risk of your puppy contracting some illness, there is a REAL DANGER that if you do not socialise your pup before 16 weeks he or she could develop a severe behaviour problem. Get them out for controlled exposure at 8 weeks, every day!

No walking or exercise until after 12 months

Wow this is another real worry, imagine keep your child inactive for the first 7 years of his or her life? That is about the same as this Dog Training Superstition, whilst I won’t have my pup jumping over and off or on things, they get plenty of exercise in the first year for sure.

Walk through doors before your dog every time 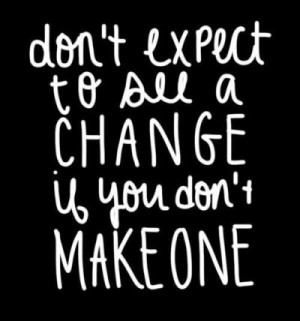 Well this may be impossible if you have a Guide, Search or Police dog and strangely they aren’t taking over our world! Dominance is a real behaviour pattern in some dogs, but in my opinion no where near as often as most people think. Next time you are going to label your dogs behaviour as dominant, perhaps take a fresh look at it and if you could not label it dominance, what would you think is driving it. Very few dogs I see that have been labelled dominant, actually are.

Well I think most of us in some way challenge this in some way or another, I have always thought it more of a lie than a Dog Training Superstition. You can see my Raw Feeding Made Easy Book here.

Let’s hear your thoughts below, post a comment or how about sharing some Superstitions you have heard!

Why I don’t focus on labels.

Are you a vet? Do you want to help?