Thunder – How he lived

I write this to help all those patient dog lovers out there that have almost given up. “You’re my last hope” I bet you’re thinking, as I was..

This is also a tribute to our family member, Thunder, who recently passed from a rare form of acute Leukemia at age 3 ½.

Thunder was an English Staffy from a reputable breeder in Picton, NSW. We got him as a pup and he quickly attached himself to our lives in every way. We took him wherever we could and he’s the sole reason we now know half the local community, he was a celebrity.

He started out life with a very visible love for people and even other dogs, as some Staffy’s aren’t great with other dogs. I leaped straight into training and Thunder responded well apart from walking on the leash. He was on perfect behaviour at home throughout his life and couldn’t be better with our 1yo daughter.

To our family, he was more than just a dog.

As time went by, Thunder kept his strong drive which made him very hard to walk. I tried to keep him satisfied by chasing the ball at the park, but it only tired his body and not his mind, as I later understood with Steve’s help. We have a good size yard on the street corner so he has good visibility of walkers by. He then started to develop aggression toward certain types of dogs, usually from their appearance or attitude. This then made him difficult to manage out on the leash, passing by other dogs.

A year later it was getting pretty serious and I was the only person able to walk him. Virtually every street around my house had him crashing through fences to attack a dog, chase a cat or possum. I had to cross the street if there was an oncoming dog.

At this time he started two fights on the same day at the local park and I couldn’t let him off leash anymore. He started to develop a reputation, not good for celebrities as I’m sure you understand.

I used a couple of mainstream trainers to no avail, then I found Steve at K9 Pro.

At first I was pessimistic after the last two trainers couldn’t help me at all, I had to travel an hour to get to Steve but in the end it was well worth it. Steve was the only one who could clearly explain how the relationship between an owner and his dog worked. He helped me truly understand how to better read Thunder and work with him and his needs.

It took a few months but there was significant change. Apart from developing a much stronger bond with Thunder, he also started to hold back his aggression and turn to me to learn how to react next, something I never thought he would do.

Instead of going and barking at dogs, he came to me first for comfort.

Thunder was a highly stressed, anxious dog and I didn’t know how to break that my training helped me learn how to satisfy Thunders drive and keep him happy, therefore he was more willing to focus on me rather than every little click and clack sound or a bee flying by.

Unfortunately I managed to get the results only two weeks before we received the gut wrenching news that he had cancer and will die in only a few days. Our vet’s dog kindly gave Thunder a blood transfusion, which gave us an extra week of fun, pampering and cuddles on the couch and this helped the grieving process considerably.

After my training with Steve, I emailed him on our progress a lot and he always replied with further tips to help. Thunder’s drive was balanced during his last days and his training really shined through at this stage. Once I gave Steve the news and mentioned how perfect he was at this time, I got a taste of who Steve truly was and why he does what he does.

Steve, I hope you don’t mind me quoting you, Steve said; “He always was perfect mate, they all are, just depends the way the light shines on them at the time we look”. Only someone who really cares about K9’s would respond like that, it’s not just a job for him, and yes I was emotional and shed a tear 🙂

When I offered him a testimonial, he refused and asked me to write a story about my life with Thunder. Again, I quote “There is real value in reading the commitment people have for their dogs, when people are close to giving up and they read these, they find new inspiration”

We miss Thunder like hell now and I am thankful for one big thing we were given, the chance to connect with Thunder in a way we never could before. He really was an amazing little bugger and it hurts to know that we could have spent the rest of his life enjoying that.

I hope anyone reading this will give their k9 relationship a new lease on life, no matter how much time you have left.

Steve, you’ll be the first one I turn in future, you’re like a psychologist for owners and their dogs. 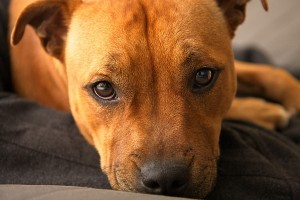 When I received the email from Brian it came through on my phone late one night a few weeks ago. I too was really sorry to hear the news, you see in each email update I received from Brian, Thunder was improving every week. You could hear the delighted and almost surprise in Brian’s tone each email. He was very proud, as was I, of how they both were going.

Brian never gave up or even looked like giving up, sure they had their set backs like everyone does but Brian just kept on. He ended up seeing in Thunder all he was.

This isn’t the story of how Thunder died, but how he lived.

Dogs come into our lives for a reason and at a time, they help shape and define our lives, if we are smart enough to let them…

See Ya Thunder, I will miss you mate.

Previous Do these Balance balls really work?
Next Canine Depression – A long road or perhaps not? 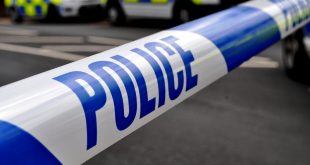 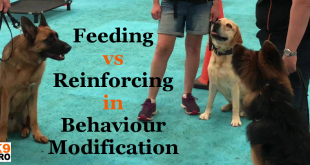