Read a guest Blog from Linda about her German Shepherd Robdog. Linda came to see Steve a few months ago for some training and she agreed to share what Robdog has been up to!

Everyone knows German Shepherds are over-achievers! Whether they’re the loyal 2IC’s for the Police, Military, or your family… herding sheep, finding drugs, bombs or lost ones… these guys are top shelf working dogs. But many people are still unsure when they see a German Shepherd.

After a couple of decades of backyard breeding to meet the demand, Australians in the 80s, 90s and even now saw these guys used as statements of aggression – the vicious dog guarding the junk yards, or the barking bored dog running up and down that neighbours fence line desperate to get out and get a job!

This breed has been given too much bad press because for years their owners have not honoured the needs of their dog’s breed.

They are loyal intelligent working dogs! And as we all know, even humans without a job don’t live a fulfilling life.

So… what are you to do as a GSD owner if you don’t have sheep, or work for the police? Or have issues with drugs and bombs?

My guy Robdog has his own answer. 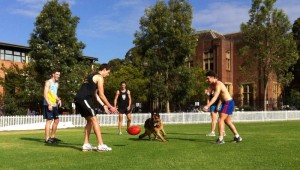 Last year down at Federation Park Glebe we were watching 2 teams of touch footy players having a match.

Suddenly Robdog jumped up and trotted into the field of play – he wasn’t so much interested in grabbing the ball as mesmerised by the fast action of the players. The guys came to an abrupt stop and froze – wondering what this 55 kilo dog would do to them. I assured them he was a gentle guy and I’d take him away if it made them feel better.

The more macho guys decided they’d take a chance and play continued. By the end of the match, with Rob playing astonishing defence, both teams asked if he could join them for future matches and offered to get him one of their coloured singlets.

It was the start of this working guys passion for football!

No matter where I took him, or who was playing, he looks at me for permission and then trots onto the field like a seasoned pro.

Sometimes Dads and their kids would be nervous. Rob figured out almost immediately that his reception was always positive when he had a coloured toy in his mouth, so if people seemed hesitant he’d turn around and come back to my bag, rummage through till he found a toy, and then head back out – it always works. 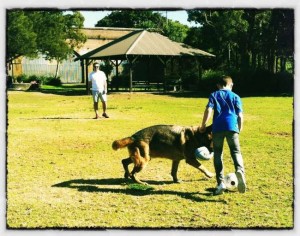 To see him play with little boys aged between 3 and 7 who struggled to run because they’re giggling so hard is pure magic. The kids adore him and the parents always thank me for the experience.

Another piece of GSD genius!

But this guy isn’t content just running around with amateurs. 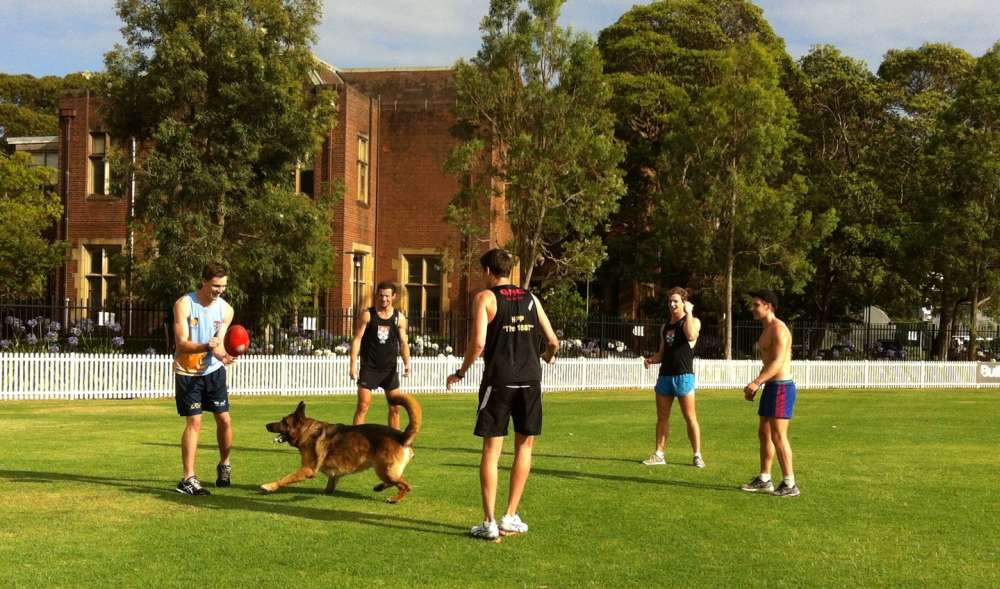 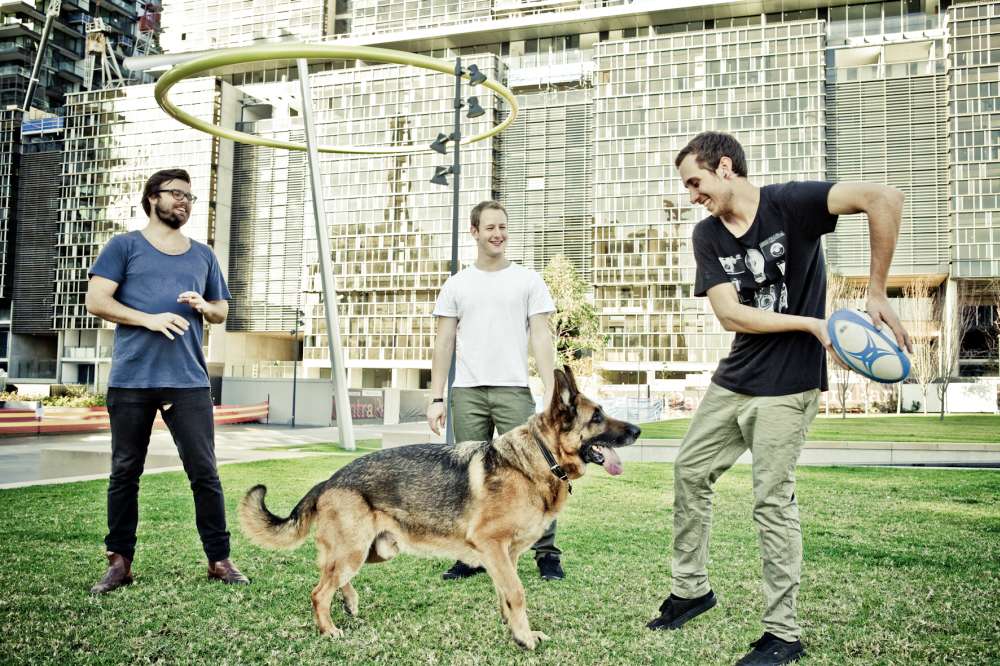 I’m convinced that if you honour needs of your dogs breed, 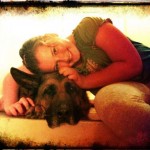 and give them discipline training love and structure – especially powerful guys like German Shepherds – you’ll have a magnificent companion you can trust with your most precious loved ones. 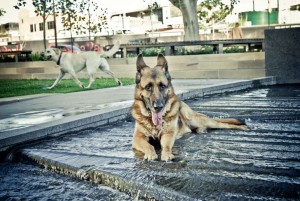 Maybe not so much with baseballs though. OOOps! 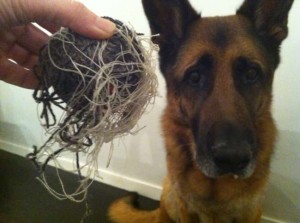 The value of dogs to me

Well this is not uncommon to hear. In fact many times it kind of goes …