Rest in Peace Busta, a video in your memory

The Story of Busta Video Tribute

On the 25th March 2011, the world was shocked when the news told us of a Golden Retriever that mauled his family. I remember well that I was working in my office and emails started coming through about this family pet who turned on his family. See the News Report here

Al mentioned it to me and I brushed it aside a little as I was really busy and really didn’t pay the story too much attention as very rarely are the facts included in these news releases. That night when I came upstairs, Al had recorded the footage of the pound staff entering the back yard of this dog and escorting him from the back yard to their van. There was no control pole, but rather just one officer walking the Golden on a simple slip leash. I remember thinking that was unusual seeing that the dog had just mauled his family.

The next morning my email box was more full than normal and the world, not just Australia was abuzz with the attack, some calling for Busta to be euthanised, others to give him a chance. See the Facebook page “A fair go for Buster”
There was a lot of outcry for those who wanted to help, but in the end Busta’s family was advised to call me to get some help with Busta. I spoke with them over the phone and the media attention this event had attracted really had not helped, there were petitions, threats and much negative attention from neighbours and locals who did not want Busta returning home again. Busta was being housed in the pound, I spoke to the officer who removed Busta and he did so for Busta’s protection. It turned out that the blood covered Golden was wearing a lot of his own blood, in an attempt to get him to react for the cameras, he was being taunted by reporters, one throwing half a house brick hitting Busta on the nose.
He was not being held by any law but the council staff were reluctant to release him in case he turned again. With agreement from the family Busta was released to me and I took him home to K9 Pro Headquarters. He travelled well and was happy to run around our training field etc. He didn’t show any signs of aggression but was clearly stressed. We thought we would let the media hype settle a little and start some rehab and see where the problems had come from. ‘

The Initial Evaluation
Busta was a little short on boundaries and was not comfortable around the food bowl when I approached him. Most people tend to think this is dominance but in most cases it is driven by anxiety. He also was anxious / uncomfortable when he was approached when he was on his bed and would growl and then run away. He loved children and women, though never really was a fan of men, he seemed fearful of them and became highly anxious when I raised my voice. He loved chasing a ball but was terribly unfit and really struggled any more than a couple of retrieves before laying down. It was clear that he was suffering from arthritis and he could be diet sensitive, so I converted him to a raw diet and a full vet exam was completed. He was just over 9 years old and his health wasn’t great, being overweight with arthritis really isn’t a great combination. He was given Cartrophen injections for his arthritis and a strict diet or raw food, along with some daily exercise and some training.

Getting Busta Mentally and Physically Fit
I walked Busta every morning with him wearing a backpack, at first empty but daily weight was added as per my backpack program. I trained him every day in basic manners and behaviour, taught him how to control his emotions, walk on a loose leash, recall when called, the TOT and he was crate trained. He started to shed the weight and looked forward to his walk every day, even though he had to work hard to carry the weight now, he focussed and get down to business. We tried to involve him in our family outings and expose him to dogs, other animals, children, traffic and life. He thrived. His family visited him and took him out for a while and of course there was no aggression at all. A few weeks passed by and Busta continued to improve, enjoy life and enjoy “running”. His newfound fitness made it easy for him to run, and he loved it.
I spoke to the family regularly with updates both on the phone and email, but the main concern we all had was that the feeling over Busta from the general public was not improving. The family was still getting threats, being ignored and treated like outcasts, they had real concern for their other dog being poisoned.
We were a few weeks in by this stage, Busta had lost and 6kgs and was so much fitter. We had a Sunday picnic with our family and he came running over and laid on the blanket with us, I realised that he was bonding with all of us and to keep him much longer would not be fair on him.
We discussed this with Busta’s family and they came to the conclusion that the risk to bring him home was too great in that we were all frightened that he would be poisoned. The family made the decision to leave Busta with me to live out his days.
He was already settled in so it made no real difference to him, he loved it here and he was a real fan of Al. Time past and he made appearances in many of my consults and workshops as the calm dog that would not react to other dogs.
He was a favourite at our K9 Pro Sydney workshop where he came out and opened the workshop with me.
He had become part of out family and was no real trouble at all, he wasn’t the sharpest tool in the shed but he had the basics and he could make us smile.

The Diagnosis
We lived normally and happily but about three months ago, Busta started showing some storm phobia symptoms, we have had some terrible weather so we got to observe this quite close, he hadn’t been phobic previously either so this was something of a concern.
The storm phobia grew into noise phobia and he was upset by fireworks, lawn mowers etc. When he was crated inside this gave him enough comfort initially but his phobias grew worse. We supplemented his food with Calm and this did help for sure but it wasn’t a solution.
March the 7th came around and Alison told me Busta was growling, I went onto our back deck to see him facing the brick wall and bearing his teeth at it. I walked up to him and he was anxious, like he was seeing ghosts. I called him away and he settled quickly and was fine. Later on that afternoon I saw him wandering around the training field, like he was lost, I went out and called him and he didn’t respond to his name or my voice.
I clapped my hands and he ran off into the tree covered area, I went to get him and he was frightened, but he came over. We fed him and into his crate he went. He would normally go out to the toilet at our bedtime and sleep in the crate at night.
The toilet ritual went normal but again when I called him to come in, he really wasn’t there, into his crate he went though. In the middle of the night he was making noise and when I went to let him out he was growling and obviously panicked. I took him outside and he ran around barking at nothing.
I have worked with behaviour cases like this in the past and it was obvious what was wrong. I got Busta back into his crate and he rested the night. I spoke to my vet and he agreed on the symptoms. I took Busta for a good walk and on our return he was licking his feet compulsively and scratching at the back of his head.
I drove him down to the vet and he was normal when we arrived, but he resumed his vacant stare after a few minutes, we knew that the symptoms were consistent with a mass in the scull that was putting pressure on his brain.
There are no treatment options for dogs in this condition and being 10 years old now, it wouldn’t really be fair to even contemplate surgery or subject him to a life of sedation.
He was given a sedative and he drifted off to a deep sleep as the Barbiturate was administered.
I held his head as his breath stopped – it is something I think I will never get used to. I drove home and tried to think about the silly things he did and how much he loved playing with his Kong Wubba, chasing it and rolling around on his back with it in his mouth. I thought about how my young daughter propped herself up on him so many times as she learned to walk and the lessons he helped me teach my 8 year old son on how to handle a leash and train and reward a dog for walking on the loose leash.

Busta gave us a lot to think about in only a year, he was a worldwide household name there for more than his 15 minutes of fame. I try to think of him as misguided and a dog that ended up doing ok.

Did the tumour cause Busta to attack in the first place? I guess no one will ever know for sure, but until he started showing storm phobia, he really was going very well. Either way, we are grateful for the time we spent with him, he made a great addition to our family and to K9 Pro. 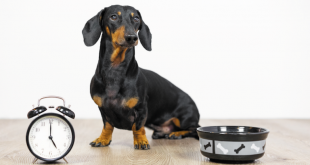 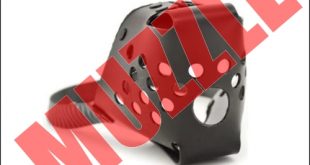 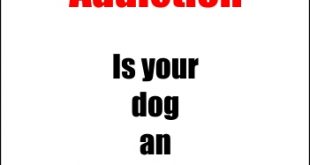 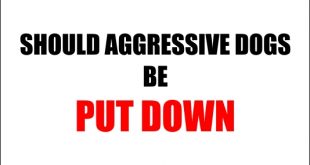 On a daily basis, my staff and I provide training, rehab and behavioural services to …