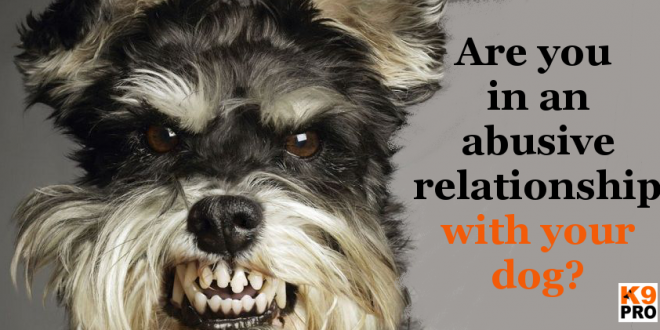 Living in abusive relationship, with your dog

Whilst some of the elements of the relationship vary, abuse very often is occurring.

When I decided to write this article it was after working with a very lovely lady who adores her dog, in fact she would do anything and everything for him.

The problem is that he would not do anything for her, and not only that, he would bite her, bark at her, stop her from going out and not allow any people to come into her (his) house.

The lady had been to a number of trainers, vets and behaviourists and nothing at all had changed.

He has been diagnosed as difficult, anxious, nervous, stressed and a number of other problems which seemed to almost give him permission to behave this way.

He had been medicated, treated, yelled at and ignored but all of these seemed to make him worse.

Everyone had advice and have given that advice but of course nothing helped, people and her family had told her to re home or euthanise him. But she could consider life without him, or with him it seemed.

I have met so many people in my life that had re homed or euthanised their difficult dog only to realise that it did NOT solve all their problems, it just caused a hole in their life where their dog used to be.

After this ladies consult, I thought about how she was living in abusive relationship and decided to do some research.

I know many clients that are or were. Look at the checklist, I have highlighted the common ones I see. 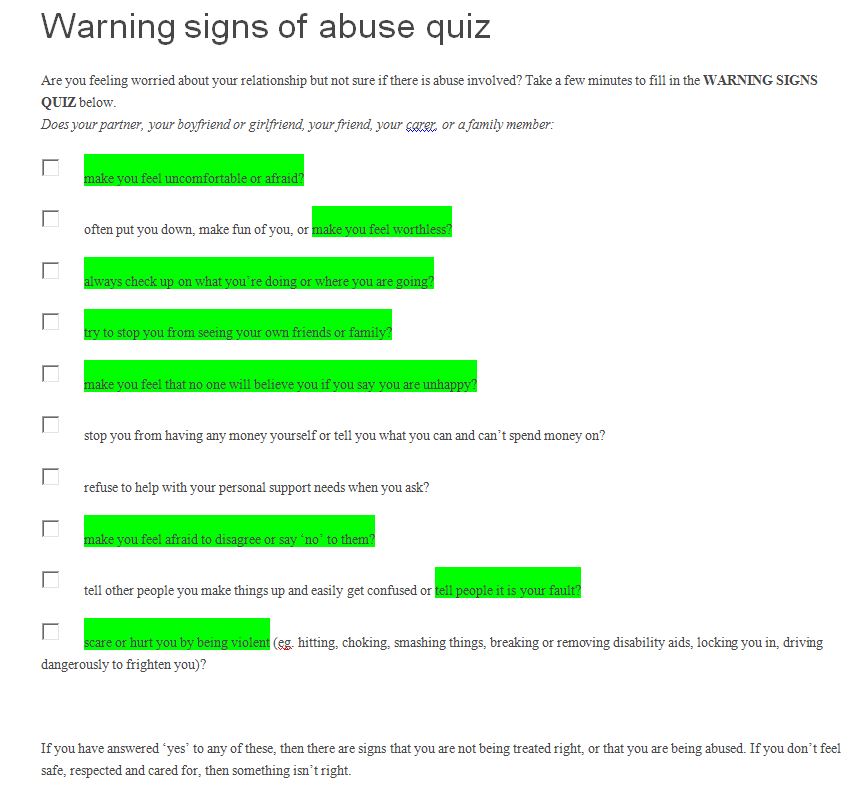 So what can you do? Is it your fault? Can this be changed?

It most certainly can be changed, but it will mean re defining the relationship between you and your dog.

I aim to first have my clients manage the dogs better, so that there are not as many opportunities for their dog to display the (abusive) behaviours.

I next will help the client teach their dog what they “should” be doing in a given circumstance, perhaps lay on a mat rather than crowding the owner on the couch and growling when not being attended to.

Part of rehab may include teaching the dog to regulate his or her emotions through certain exercises and how to earn rewards through other exercises.

All of these elements combined and done well help the dog change his or her expectations and not feel short changed or punished when not getting everything he or she wants.

Programs like this take time and consistency, changes don’t happen over night because many of the same “roadsigns” are there to help the dog run the old behaviours.

Things like you coming home from work, the environment, pieces of furniture or places that remind the dog of certain values or expectations etc etc.

Your behaviour will play a big role, but more so your demand for respect and happiness before your dog gets what he or she wants will make the biggest difference.

If I am describing you in this article, take some time to make notes on what respect is and ask yourself if your dog respects you. To help this is what the dictionary says

A feeling of deep admiration for someone or something elicited by their abilities, qualities, or achievements.

Giving into a dogs emotional outbursts is a slippery slope and this will only serve to increase the emotional level of the outburst later on.

In the picture below, the dog is within the “rules and boundaries“. Herzhund Alis knows that when she works like this she will get rewarded.

You can see the happiness and optimism in her facial expression because she knows she is meeting her handlers needs. 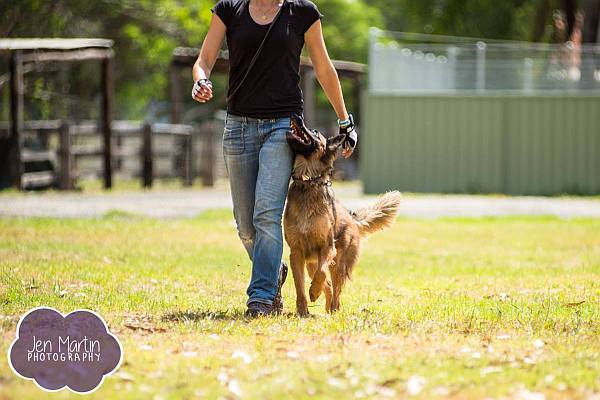 Does the dog know what the rules and boundaries are?

In most cases I find that dogs do not know what they need TO do. So I feel that first they need to learn what the rules and boundaries are.

In the picture below, what is your idea of rules and boundaries? 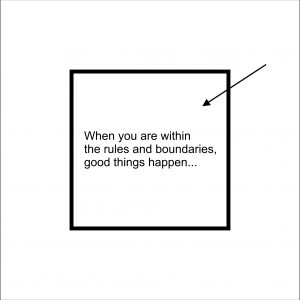 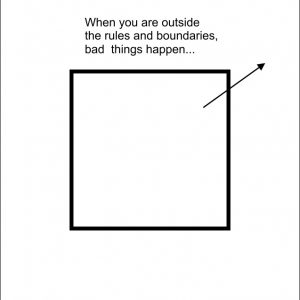 The interesting fact is that most dogs will need you to look at both pictures and vary between the two once the dog has learned what the rules and boundaries actually are. This is because the dog has a history of the old behaviour, the one that is now outside the rules and boundaries and they will display a ratio of both from time to time, especially when the rehab has recently started.

The management portion is needed so that you can make sure that the dog only gets the opportunity to display the behaviours at the time you are in a position to reward or add a consequence.

Repetitions of the old behaviour unchecked will only serve to strengthen the behaviour your trying to stop.

Living in an abusive relationship

Some relationships I would classify as abusive are of course not always where the human is being abused.

It works both ways sometimes when people have higher expectations of their dog than they have trained and when those are not met, this can leave the owners frustrated and they can lash out at their dogs.

You can’t have what you don’t train.

I have met very few dogs that chose not to follow a handlers direction because they just wanted to be difficult, but I have met thousands that are confused at what the handler wants and worried about getting it wrong (again).

This can cause some real issues in the dog and could be classified as abuse too.

We can give you a very rational opinion of what is happening with your dog and provide a step by step program to get you on the same page.

Your dog may be the worst dog you have, but he or she wont be the worst we have seen, it won’t get batter untiol you take action, then it will!

Steve Courtney is a Nationally Accredited Canine Behaviour Specialist, Obedience Trainer, Law Enforcement Dog Trainer and ANKC Breeder. Steve has been training dogs all his life and in these articles he shares with you his experience...
Previous Dog fights – the other side
Next The use of pressure in dog training