When a dog meets a certain criteria, through behaviour it can be Declared a Dangerous Dog by your local council. This will mean that your dogs lives and activities will be highly restricted to prevent any re occurrence of the behaviour.

At first, this seems to be quite reasonable to most people but some of the criteria may catch some dogs that are not really Dangerous at all.

A declared dangerous dog is a dog that an authorised council officer or a local court has declared as dangerous because it:

The problem is with the wording of the act, in point the term “provocation“.

Any dog that bites or attacks would require provocation unless the dog has severe medical or psychological problems.

Provocation is a set of events that might be sufficient to cause a person or dog to lose self control, and display a behaviour that is not normal to the person / dog.

Here is an example:

There was a dog that was with its owner at a Cafe, a child approached the dog and was grabbing fists full of the dogs hair in excitement. The dog got up and moved away from the child as the parents and dog owners chatted.

The child followed and again grabbed some hair, not meaning any harm of course.

The dog then moved under the coffee table and the child followed, but fell on top of the dog.

The dog snapped at the child and ran off, scratching the child’s face.

The dog owner received a Notice of Intent to Declare Dangerous as the council involved did not feel that being fallen on top of was provocation?

Yes I clearly agree that the child’s owner should have prevented any and or all of this and the dog’s owner too, but as they didn’t the dog was looking at some big life restrictions as a dangerous dog.

The dog was a 9 year old Labrador, that have never bitten anyone it her 9 years.

Dangerous? hmmm not at all.

In this case, as I do a lot of legal cases like this one, the dog was not Declared Dangerous after an appeal was lodged and I completed a formal temperament evaluation of the dog.

I work with a lot of aggressive dogs, we reduce the aggression and rehab them, teach them new behaviours and they improve remarkably, but some of the more nervous dogs may still lash out if say, a person rushed up to them with a loud voice and was rough with them, in fact many dogs will react this way, and some people too!

Approaching a dog to touch it is not always a sign of reward for a dog, whilst some dogs, your dog perhaps, would like to be approached and patted, not all dogs are comfortable with this and if you persist they may bite you, and I would call this provocation, even though council may not.

There is a misconception that if a dog is in public then it is perfectly fine that you approach this dog and pat it.

This is not true, if you think this then you are wrong and you will meet many people that get pretty upset with you when you do.

There are also many people that feel that if a dog is in a public place, then it is fine if they let their dog come up to yours.

This is also NOT THE CASE.

You have no right to access anyone else’s dog and you should always respect the right of the dog owner by at a MINIMUM asking to pet or ASKING if your dog can approach and then being ok with whatever answer your given.

Many dogs walk our streets in Australia that are no risk to anyone unless you invade their personal space, which should not happen at all if you respect the dogs space. Iif you did want to interact with the dog or have your dog or even your child interact with the dog, you ask permission and then follow the owners direction.

Aggressive and Dangerous Dogs in Australia

In our news of late, we have read of some tragedies where people and children have been badly hurt by dogs or killed, this is not acceptable and cannot, and I promise you, will not, continue.

If we, as dog owners do not change the way our dogs behave, the way we manage and train our dogs and the way we integrate them with other people and children, we at some stage will not have any dogs.

I have handled, trained and rehabilitated some of the most aggressive dogs in this country, never have I been handling one of these dogs and a person was bitten by accident, attacked or anything like that.

So this tells us that, no matter how aggressive the dog is, with good management, handling, equipment etc people do not get hurt.

I am going to give you some very common, situations here and some tips on how to survive them.

The dog bite occurred in a public place when the dog was off leash.

The owner had let the dog off in this location because “nobody ever goes there“.

This same reason has been given in the 5 cases.

This means, that, looking for a place where “nobody ever goes” is not the answer.

Your dog is aggressive to people that come to your home.

People come inside and you give then strict instructions to ignore the dog whilst the dog is barking and lunging freely at your guests.

At some stage the inevitable happens and the dog bites someone.

Answer: Crate train your dog, it will give your dog a safe place to be when guests enter your home. Work on rehabilitating your dog with an experienced professional.

You give the obligatory “He’s friendly” mating call of the irresponsible dog owner.

A fight breaks out and you try and separate the dogs which ends up in someone being bitten.

PS: And when you are told no, don’t get angry, upset, annoyed, frustrated or other.

The waiting room is full of dogs and people.

You enter and take a seat

Answer: Leave your dog in the car, let receptionist know that your dog is in the car and he or she can be difficult around dogs or people and that you will bring him or her in when it is your turn.

Ask if they have a second entrance perhaps that avoids the waiting room.

When it is your turn, rush your dog through the waiting room to the consult room.

Muzzle train your dog to keep the vet safe.

Someone or something gets bitten.

Answer: Before council Declare your dog Dangerous, and insist you build a secure enclosure in your back yard, close the gate.

So many people report walking through their suburb and a dog comes out the open gate and hassles them in some way.

This is against the law, your dog could also be hit by a car or involved in a fight and it will be deemed your fault as your dog is at large, off leash.

When you aim for the “it will be right” outcome, you are not advocating for your dog, or all our rights as dog owners.

What you CAN do if your dog has done something wrong

It really depends on what has transpired and the details. We may not be able to help you avoid your dog being declared dangerous too.

Until this happens, keep your dog at home, do not take your dog out in public again in case something else goes wrong.

Do not argue with any other parties including council officers or rangers.

Get help, councils appreciate pro active people who are trying and getting help from a professional and this will have an impact on the problem behaviours.

If your dog is Declared Dangerous, you can appeal this after 12 months, but it will help a lot if in that 12 month period, your dog is working with a professional to help reduce the problem behaviours.

All dogs can be improved, all dogs!

You will need to change too, but it will not hurt, I promise! 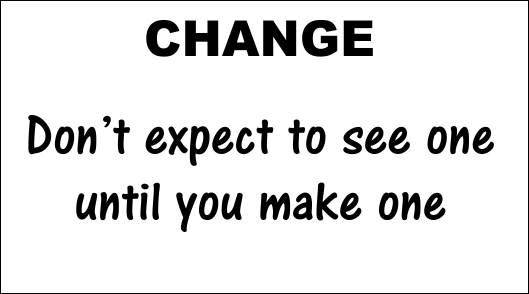 Steve Courtney is a Nationally Accredited Canine Behaviour Specialist, Obedience Trainer, Law Enforcement Dog Trainer and ANKC Breeder. Steve has been training dogs all his life and in these articles he shares with you his experience...
Previous Bite Sleeve, so many, which one, why?
Next Behaviour problems are most common cause of Euthanasia