Animal Naturals – Results in a Can!

I am really Pro on the Animal Natural Supplements, I have used dietary supplements on my dogs for years and I always felt good adding the supplements to my dogs RAW food, the dogs have been healthy and fit and worked hard, so in that regard I believe that the supplements were always working.

I did not ever though see any direct improvement or regression in my dogs visually, but given that these are not drugs, I thought the results may be too subtle to see.

My male German Shepherd lasted until he was 17 and I have a 14 year old female now that were raised on supplements, that has to stand testament to their nutrition in some way.

When I got my two Malinois puppies I decided it may be time to do some more research about diet, nutrition, supplements etc, and in my research the Animal Natural products kept appearing everywhere attached with awesome results. The products were not in Australia as yet but I was keen to try them.

I got some samples to trial on my dogs and some clients dogs and it was almost instantly obvious the improvements in all my dogs.

I feed them all RAW and the food I feed is human grade and very balanced, see these two blog posts on their feeding to see what I feed.

I knew what I was feeding them was very good but when I added the Animal Natural supplements, right before my eyes, over less than a week I could see differences.

I am going to give you two examples of my own personal experiences with my own dogs on two different supplements.

Kandy had a stroke about a year and a bit ago; she is 14 years old and in her very senior years. After the stroke her recovery was slow and she lost her motivation to move, exercise etc. Her head was badly tilted and she had almost no ability to walk without falling over. She could not climb stairs (up or down) and her eyes were cloudy and sight had diminished quite badly.

She was still happy enough but I reserved myself to know that she wouldn’t be long with us.

She was given exercise and we tried a lot of different things and although happy in herself, she would watch me train the pups from the back veranda and have no real interest.

I started her on Animal Naturals Young at Heart when I got the samples, by day three I went to get her from her crate in the morning and she was standing up waiting to go out, I let her out and she went outside to get a drink and toilet. This wasn’t outstanding evidence but she didn’t have to be coaxed to get up and helped outside as she would normally.

I watched her and she moved around the front yard, showed some interest in the goings on.

The next day I offered her some food to get onto the FitPAWS Peanut and see what she would do. Attempts in the past saw her baulk and go lay down, not be lured or tempted by the food in any way. She was on it and climbed up on the ball with her front legs to get it.

I supported her and helped her keep balance but she was gobbling the food and pushing herself.

I didn’t run the session too long and let her out, where she proceeded up the driveway and to bark at a delivery driver. Lol, it had been a good 8 months since she would do this.

A couple of weeks went by and I was outside on a Sunday messing around with Venom, throwing the ball etc for him. Out of nowhere comes Kandy, pushing her way in to get the ball, telling Venom to get out of her way lol.

She of course could not match his speed but she was after him trying to get that ball.

I let her participate as long as she liked, I guessed this would be about 3 minutes, not so. She was on it for a good 15 minutes!

Understand that 3 weeks earlier she would spend her days in the office, have to be coaxed to go outside to the toilet even, had no will to exercise or do anything, and now is chasing a ball up and down our hill!

A week later Bec was down on the training field doing some work with Wisdom, Kandy sees this and decides that she would like to be trained, she takes herself down the hill and butts in on Wisdom’s training and starts to offer the heel position and expect to be rewarded, all the while she is pushing Wisdom out of the way for prime position.

You have to have seen her before, she had all but lost the will to live, struggled to walk on flat ground, fell over a lot, had a severe head tilt, clouded over eyes and almost blind.

The above changes happened all within 4- 5 weeks! Now I am absolutely certain that the Young at Heart is making use of the good nutrition she is being fed, it has improved her coat condition, mobility, metabolism, motivation and quality of life.

These improvements make it easier for her to move around and hence mean she is likely to get more exercise, stimulation etc. Her eyes are now clear; she can see and is improving a little each day.

She still has a very slight palsy on the left side of her face, her head tilt varies from almost none to slight and she isn’t 100% stable on her feet, but wow is she a lot better!

This photo was taken mid October, after 8 weeks on the Young at Heart.

I was going to write this on Venom, but I will be writing an update soon so I will save his results until then.

Wisdom is a very high drive young Malinois female that always was and still is, very fast and agile.

I started her on the Super Fuel not to achieve anything but to keep doing the right thing nutritionally but with this brand. I thought as long as there was no fall off of performance or condition, I would have been happy.

To keep a long story short, the Super Fuel is given in her daily meal and also a small dose after strenuous work, on say a treadmill, fit ball or drive work.

When they are finished working the Mals go into the crate, they are both given Super Fuel with water for recovery.

You can go get her from the crate after 15 to 20 minutes and you have a new dog, full of go and ready for another long (1 hour) workout again. In fact on the second workout, you can see no difference in energy, power or endurance than the first!

Her speed and power are outstanding and to feel her on the tug you would swear she was a dog of upward of 40 kilos.

I did mention that you can see? results in all the products, you can see how great Kandy looks now and take a look at this picture of Wisdom.

Look at her muscle tone and definition!

The Animal Natural Products (link) have really impressed me, after being around dogs all my life and having tried many hundreds of things, I have yet to see a blend of Natural Ingredients to give results at these levels in such a short time span.

Our litters will be raised on Puppy Gold and our dogs kept in shape with Super Fuel and Show Stopper as needed.

If you have used these supplements or are thinking about trying them feel free to ask questions or share your experiences!

Just leave your comments below. 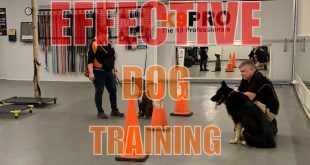 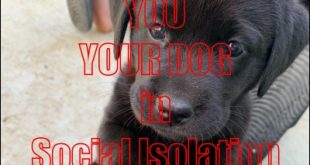 You, your dog, social isolation 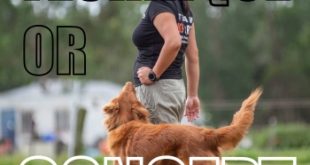 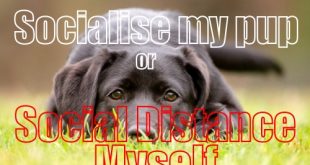 Socialising a pup with Social Distancing?

I have a litter on the ground at the moment, so this article will be …